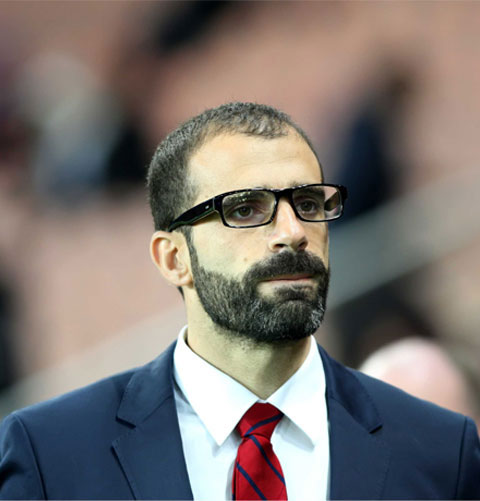 He is a former South African football player (Central Defender) of Lebanese descent. He started his professional career with Olympique de Marseille in 1995 and in 2001 he moved to Chelsea. From there he joined Watford FC in 2001 and during his time there also represented his country in the 2002 FIFA World Cup. After leaving Watford, he signed  the next year for Olympic Beirut winning both the Lebanese Premier League and Lebanese FA Cup. In 2005 he signed for Ionikos FC of Greece and later for OFI Crete also in Greece, where he stayed until 2009 when he officially retired. Since 1997 he played 47 times for the National Team of South Africa and even captained his country.

In June 2013 he joined Olympiacos FC as Sports Director where he completed two successive years with the Club winning two Greek Championships, a Greek Cup and performing some very impressive results in the UEFA Champions League. During his time in Olympiacos FC, he was involved in scouting and successfully selling  players like Kostas Manolas (AS Roma) , Arthur Masuaku (West Ham United), Andreas Samaris (SL Benfica) and Joel Campbell (Arsenal FC). In addition to this, Olympiacos FC participated for the first time in the famous International Champions Cup in the United States and Canada.